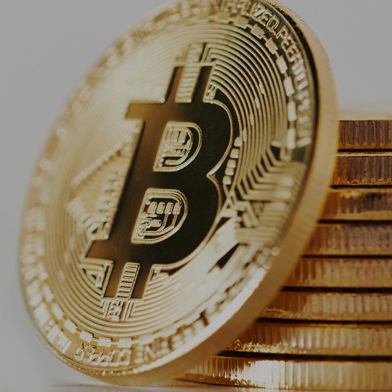 That bitcoin bandwagon is here again – I wrote an article on this very subject a couple of years ago now and over past few months, you’d be forgiven for thinking that making money in markets is easy. Just buy Tesla or Bitcoin and you’re sure to double your money – that is to confuse gambling with investing.

What is Bitcoin? Why has it become so popular? And should you be jumping on the Bitcoin bandwagon?

Bitcoin is a decentralised digital currency. It can be bought from exchange sites using your credit card, with several online vendors already accepting Bitcoin as a method of payment for their goods and services. Bitcoin operates on an online network called a Blockchain (more on this later). The network is owned collectively by all Bitcoin holders, meaning no single institution – including banks or government departments – have control over it.

If you own Bitcoin, it will appear in the digital wallet of your mobile phone and can be used to pay for things as easily as sending an email. With contactless payments and push-purchasing, Bitcoin is simply an extension of the on-going digitalisation of money. It’s an online currency, and it’s coming for the pound, the euro and the dollar.

However, the price of Bitcoin continues to fluctuate drastically. In 2017, in a frenzy of speculation (and Google searches), the price spiked just shy of $20,000. It quickly plummeted. In December 2018 it sank to $3,200. As recently as October it was worth just $10,600. But then it began to climb again, passing its old peak on December 17th and ascending to a new high, above $34,000, on January 3rd. It fell back the next day.

How does it work?

The origins of, and reasons for Bitcoin are intriguing. Firstly, nobody knows its creator, Satoshi Nakamoto, or whether he or she is an individual, or the name of the collective. Secondly, Bitcoin is the currency and that’s what’s making the headlines. But Nakamoto also created the Blockchain infrastructure on which Bitcoin is traded and recorded.

Through the Blockchain infrastructure, anonymous users complete transactions with each other, with the Blockchain both transferring the Bitcoin when the transaction is complete and acting as a ledger to record the change in ownership of the goods being sold. And because it’s all online, records are updated in real time.

Let’s walk through an example. Imagine you’re selling your car and want to receive Bitcoin from the buyer. You would list the car on Autotrader (other car auction sites are also available) as normal, but once you’ve agreed a fee, you would request settlement in Bitcoin. Using the Blockchain infrastructure, you would enter the sale transaction. The person purchasing the car would then agree to the deal, the ownership of the car transferring from you to them, the Bitcoin travelling in the opposite direction. Done Deal – Noel Edmonds would be proud.

The key here is Blockchain acting as both an online ledger, and the payment agent, rendering the banks and government departments usually involved in such transfers (DVLA, Land Registry, etc), completely irrelevant. Just as Nakamoto wanted. Imagine a time when you don’t have to let DVLA know you’ve bought a car, because the online transaction you’ve completed has taken care of that part for you? Thanks Blockchain.

Twelve years down the line the cryptocurrency space has seen thousands of alternatives, or ‘altcoins’, come to market, all of which attempt to improve upon the blueprint pioneered by Bitcoin.

One challenge is scalability. Bitcoin can handle a paltry 350,000 daily transactions[1] compared with VISA who executed over 500m per day in 2019[2] . Furthermore, in a society that is ever more focused on sustainability, a currency that requires enormous warehouses full of energy-hungry computer equipment to keep it going, feels like a square peg in a round hole. A useful tool built by the University of Cambridge estimates that the Bitcoin network currently consumes around 110 TWh of energy per year, roughly the same as the Netherlands[3]

Despite the implementation issues, the value of Bitcoin and many of the ‘altcoins’ have skyrocketed of late leading to a lot of excitement for investors, however, the only thing we know for certain about investing in cryptocurrency is that it is highly speculative. The extraordinary volatility of most ‘coins’ makes them an unreliable store of value. Going to sleep and waking up 10% richer (or poorer) is commonplace.

Furthermore, Bitcoin is not a capital asset – it does not pay dividends, nor does it have a positive expected return. Positive outcomes are simply the result of demand outstripping supply, and the future expectation of demand is already factored into the current price. There are 18.6 million Bitcoins in existence, yet recently the sale of 150 Bitcoins resulted in a price drop of 10%[4]  demonstrating no depth or liquidity to the Bitcoin market.

It is possible that we may one day transition to a world where cryptocurrency is adopted by the masses. Who knows if that is even remotely likely, and better yet who knows which cryptocurrency will be the one that ticks all the boxes?

As an investment today, cryptocurrency plays no role in portfolios and any investor should be willing to accept a maximum loss of 100%.

Either way, it is difficult to see how this will have any sort of happy ending. Other than the handful of lucky investors who might sell at the right time, the only guaranteed beneficiaries to all this are the market makers and middlemen. If you want excitement, just follow the stories, and enjoy the schadenfreude that follows. This is gambling and should be viewed that way.

This article is distributed for educational purposes and should not be considered investment advice or an offer of any security for sale. This article contains the opinions of the author but not necessarily the Firm and does not represent a recommendation of any particular security, strategy or investment product.

Information contained herein has been obtained from sources believed to be reliable but is not guaranteed.

Past performance is not indicative of future results and no representation is made that the stated results will be replicated.

While Magus uses reasonable efforts to ensure that the information contained within articles is current and accurate at the date of publication, no warranties are made, either expressed or implied, as to reliability, accuracy or completeness of the information. Magus accepts no liability for any loss arising directly or indirectly from the use of or action taken in reliance on such information. Please note that clicking on links to external websites will cause you to leave the Magus website.

Back to the top